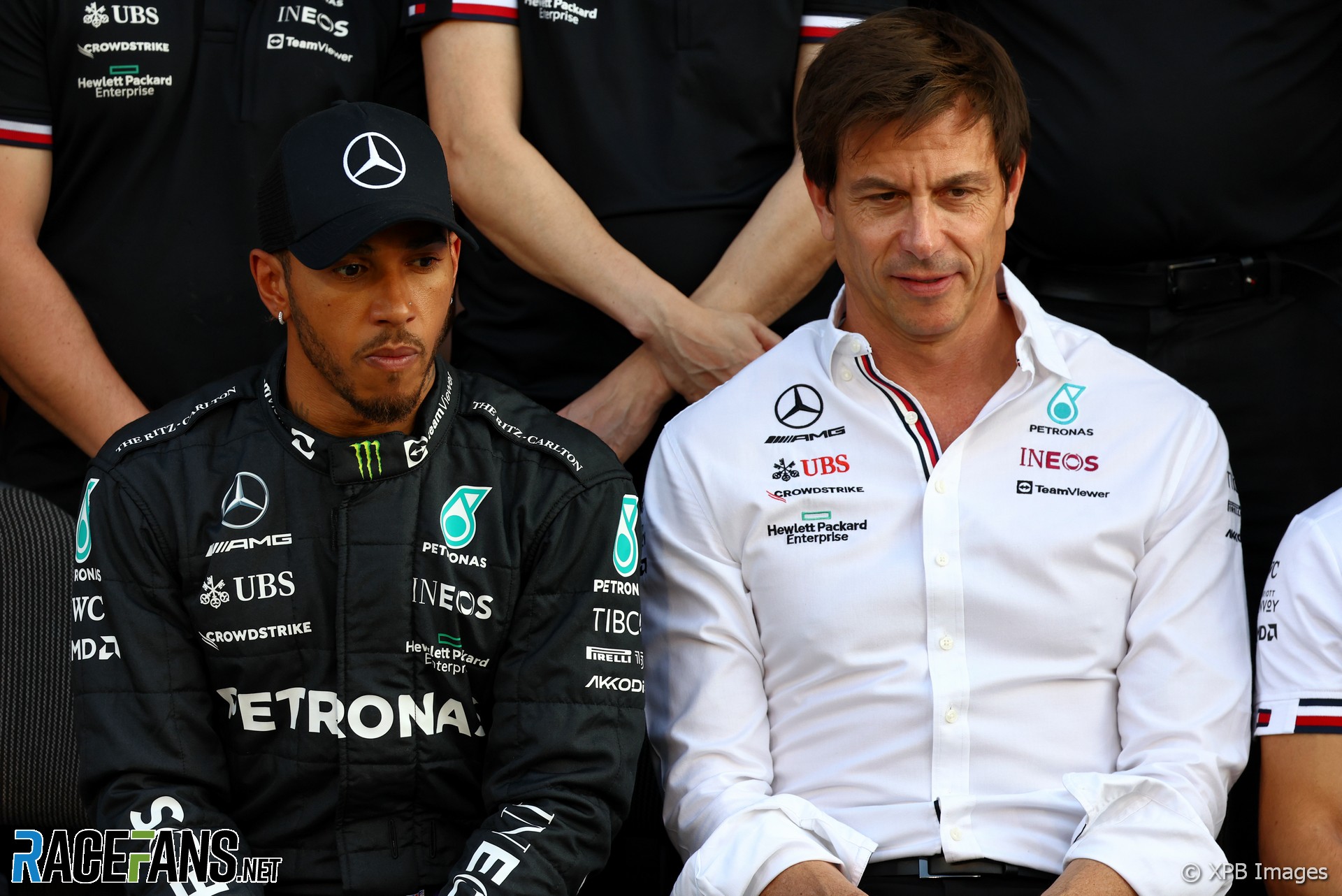 Mercedes’ failure to compete for the championships this year isn’t as painful as their defeat in the controversial outcome to the 2021 season, says team principal Toto Wolff.

The team’s run of eight consecutive constructors championship titles ended this year as its W13 chassis was plagued with problems from the beginning of the season. Having won nine races last year they took only a single victory in 2022, at the penultimate round of the season in Brazil.

Mercedes won the constructors championship in 2021 but that triumph came as Lewis Hamilton lost the drivers’ title fight in a controversial final race.

“Last year was much worse,” said Wolff when asked to reflect on the two championships at the end of the season. “The situation, that one event, [was] much worse than the whole season because last year it was taken away not by our own wrongdoing. But this year, we lost it on merit. We just weren’t good enough.”

Hamilton led much of the season finale in Abu Dhabi last year, until he lost the lead in a final lap restart which was arranged in violation of the rules.

“Last year [we were] strong and how it ended within a couple of seconds, we knew that that’s it,” said Wolff. “And it’s out of [your] control, out of your hands.”

Wolff said he “lost control” in the aftermath of last year’s title fight, for “the first time since I was an adolescent.”

“In my sense of fairness, that was totally against my values,” he explained.

In contrast their uncompetitive 2022 season “was not as peaky in terms of the emotions” because Mercedes quickly realised they were not going to be contenders, said Wolff.

“We knew from the get-go, at the beginning that the car was just not good enough,” he said. “I think we understood, slowly but surely, if we peel one layer of the onion off and you think you’ve solved the problem, then there is the next one and the next one.

“Then we started to correlate where this car, that was really not a good one, where it could perform and we tried to concentrate on these tracks knowing that the more difficult ones, like Abu Dhabi, were in a way is damage limitation.

Claire has worked in motorsport for much of her career, covering a broad mix of championships including Formula One, Formula E, the BTCC, British...
Read more about Claire Cottingham, find all their articles and get in touch with them