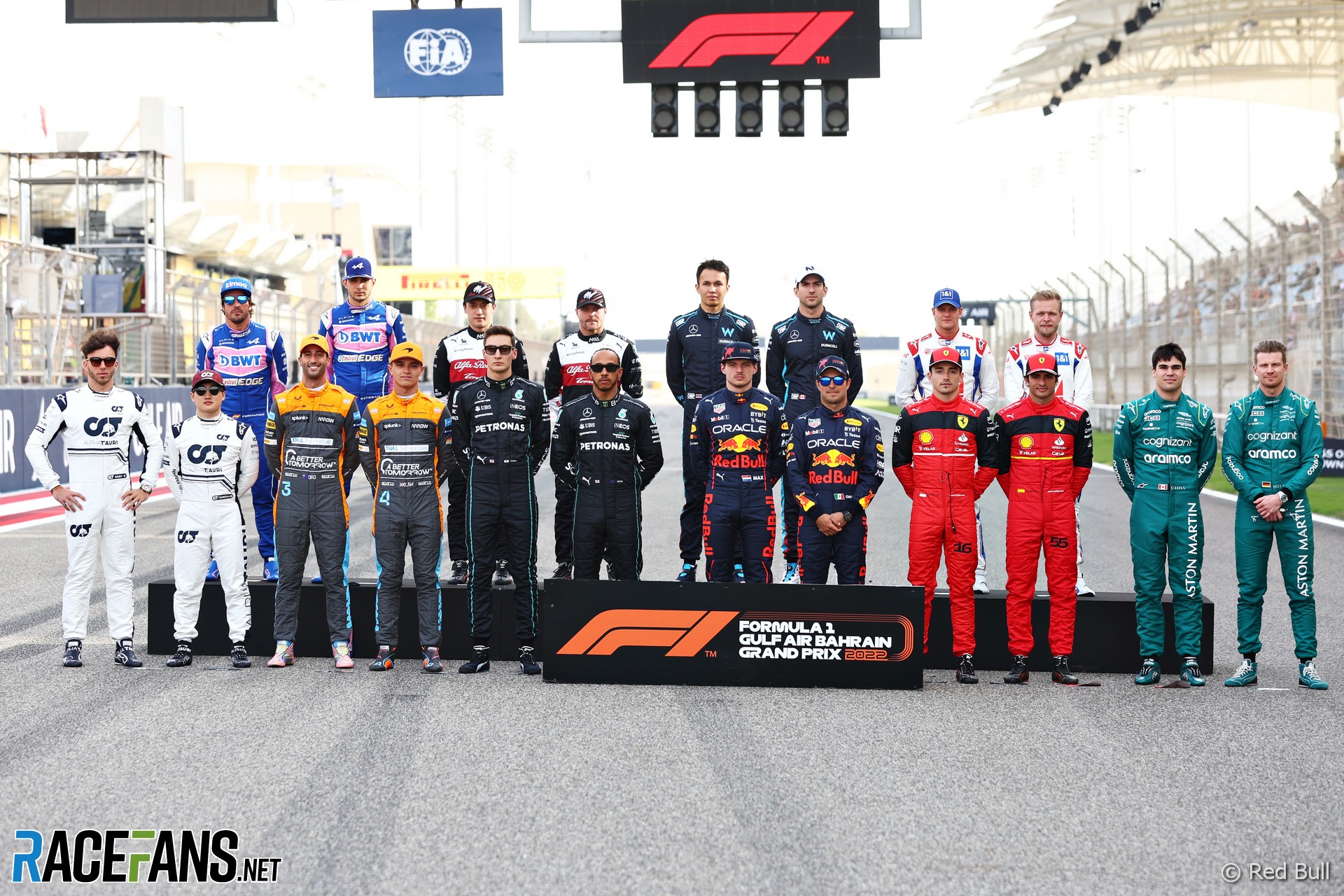 The producers of upcoming new Formula 1 management simulator F1 Manager 22 have revealed how the game ranks the current 20 drivers.

Both games rate the drivers on a 100-point scale. F1 Manager 22’s scores are lower overall, by 0.95 on average, but there are a few notable differences between its rankings and those of F1 22, which was released at the end of last month.

At the opposite end of the scale Nicholas Latifi has the lowest score in both games: 73 in F1 Manager 22 and 70 in F1 22. He shares the bottom spot in the latter with Zhou Guanyu. However the Alfa Romeo driver has a much stronger rating in F1 Manager 22, nine points higher. That puts the rookie not only ahead of Latifi, but also Yuki Tsunoda and Mich Schumacher.

Pierre Gasly and Carlos Sainz Jnr are the only drivers rated exactly the same by both games, at 84 and 87 respectively.

F1 Manager 22’s rankings are much more extensive than F1 22’s. They include Formula 2, Formula 3 and test and reserve drivers, as well as some F1-connected drivers from other championships. The full ratings for these drivers have not yet been released.

Among those whose ratings have been revealed include reigning Formula 2 champion Oscar Piastri on 75 and Formula E world champion Nyck de Vries on 74 – both higher than Latifi.

The ratings include many drivers in junior series who are not currently eligible for superlicences, who are available for promotion to your chosen F1 team further into the game. We’ll get a full picture of the ratings of all the drivers closer to the release of F1 Manager 22 next month.

Hazel is a motorsport and automotive journalist with a particular interest in hybrid systems, electrification, batteries and new fuel technologies....
Read more about Hazel Southwell, find all their articles and get in touch with them