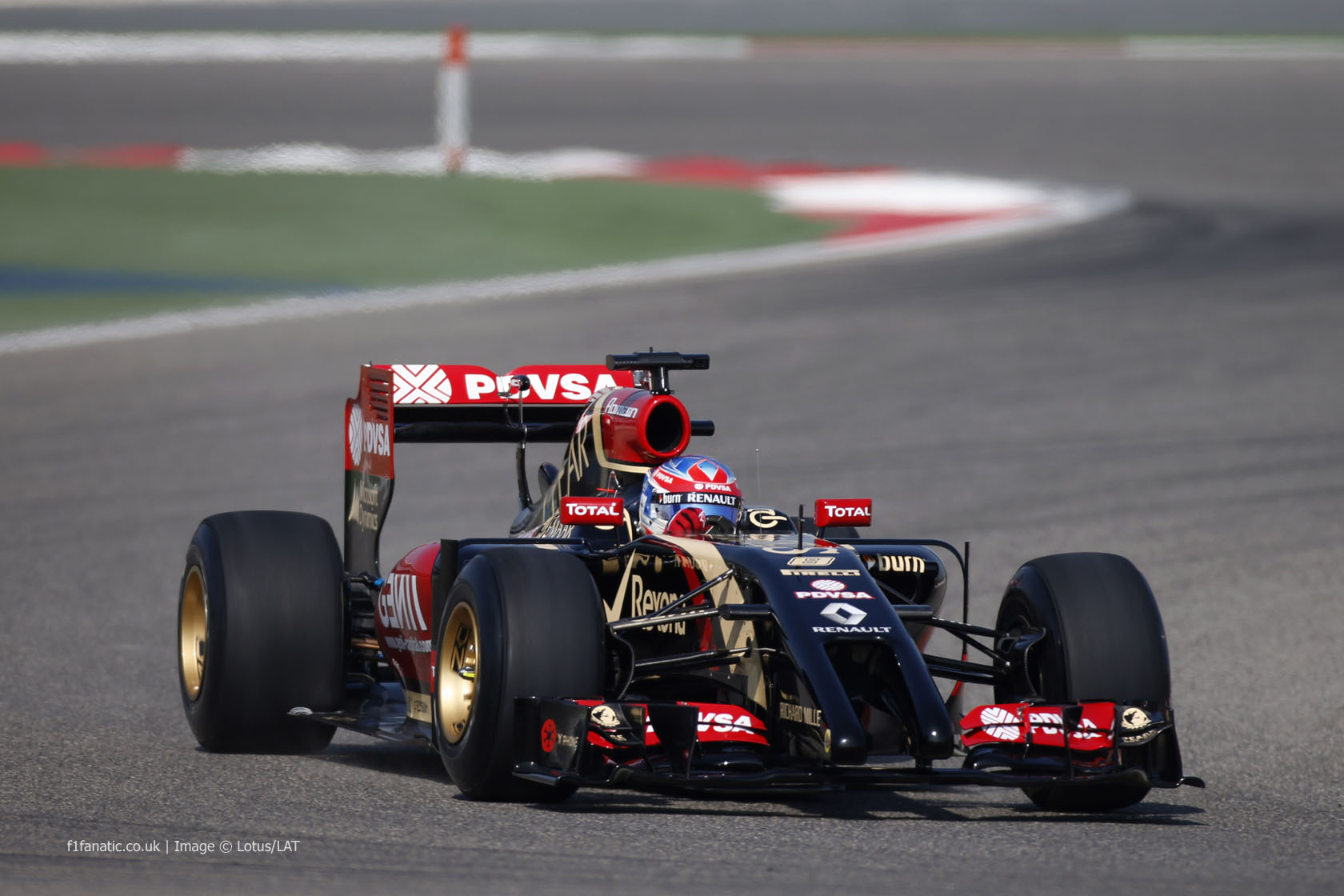 Lotus have become the final team of 2014 to run their car in public as their new E22 chassis appeared on the first day of testing at Bahrain.

Romain Grosjean drove the unusual-looking car with its twin-pronged nose on its first laps as the second test began.

This article will be updated

39 comments on “Lotus E22 hits the track in Bahrain”